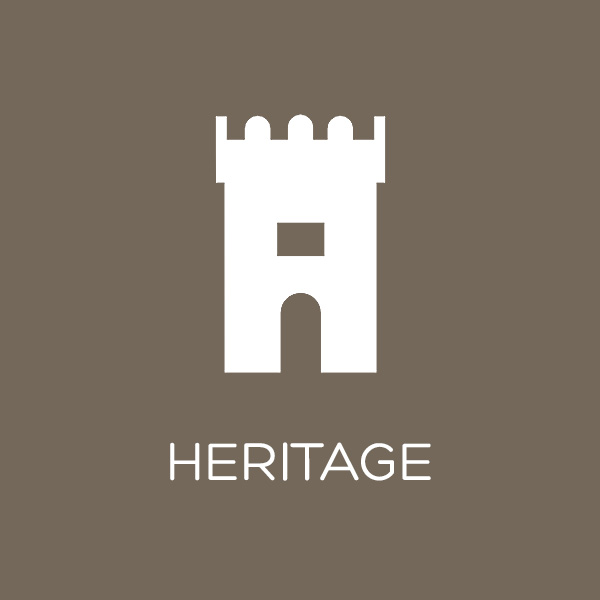 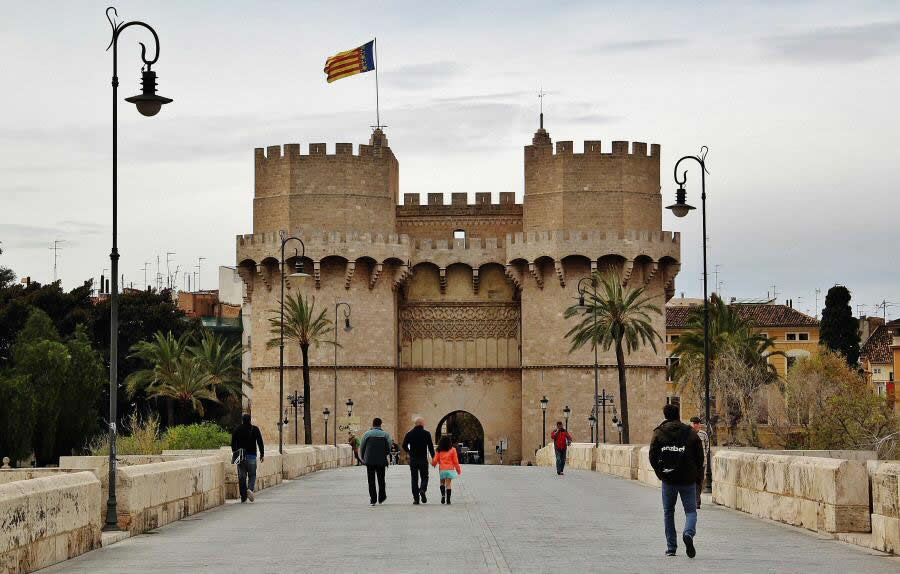 The Serranos Towers were constructed at the end of the 14th century by Pere Balaguer. They were used as a triumphal arch. They are considered to be the largest Gothyc city Gateway in all of Europe. In its terraces you can enjoy Valencia’s views and the River Turia. 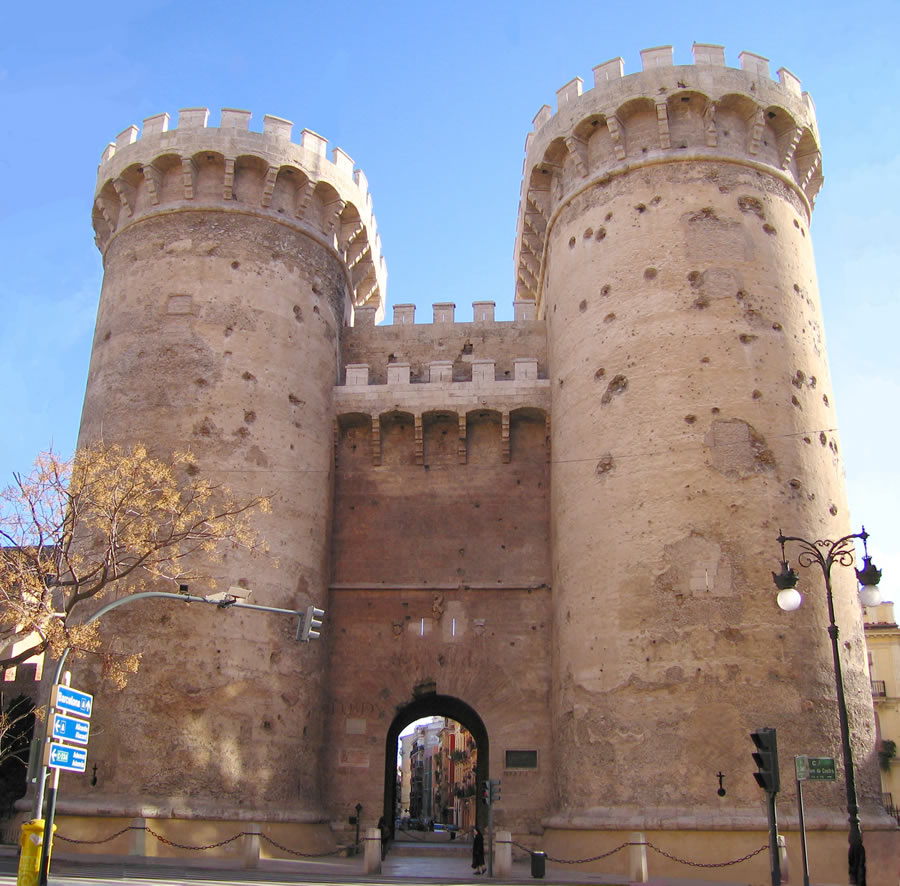 The Quart Towers belong to the 15th century. This building has been used for several things such as a womans prison and a military prison.

This monument still shows signs of the bombardment suffered during France siege of the city in 1808. 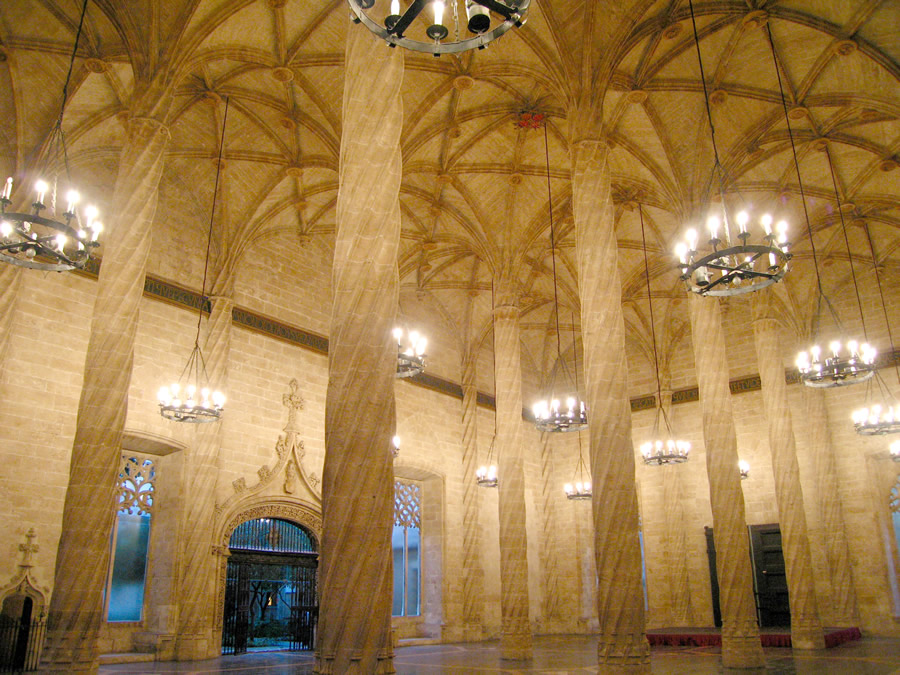 The construction of this monument began in 1483. This is the main monument of the city. The building contains four main parts: The main tower, the consulado del Mar room, the patio de los naranjos and the contracts room.

The silk market is a great example of civil Gothic Arquitecture. 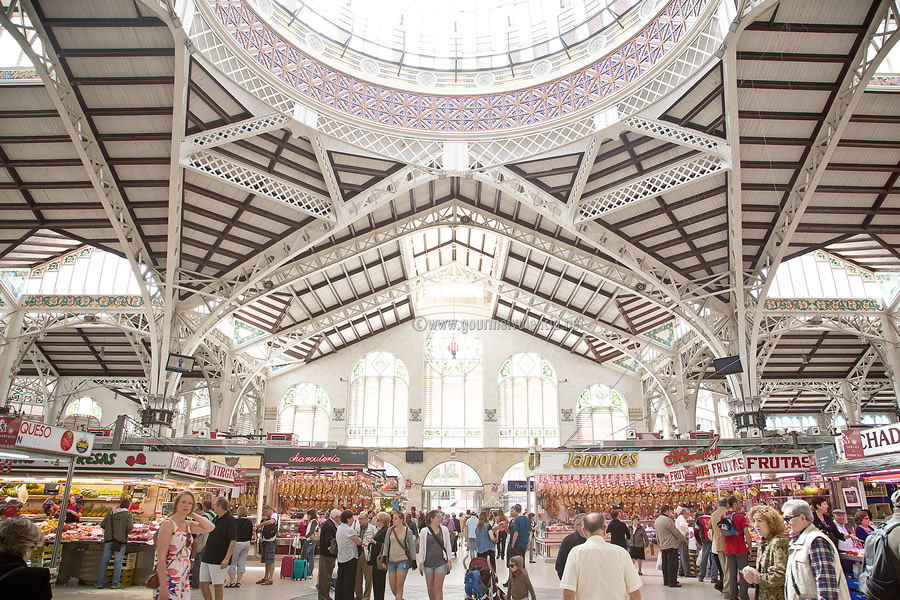 This market is the most attractive and visited building in Valencia. It is one of the most representaive buildings of the 20th century. You can see a great combination of modernism in its structure with an allegorical decoration of its interior. 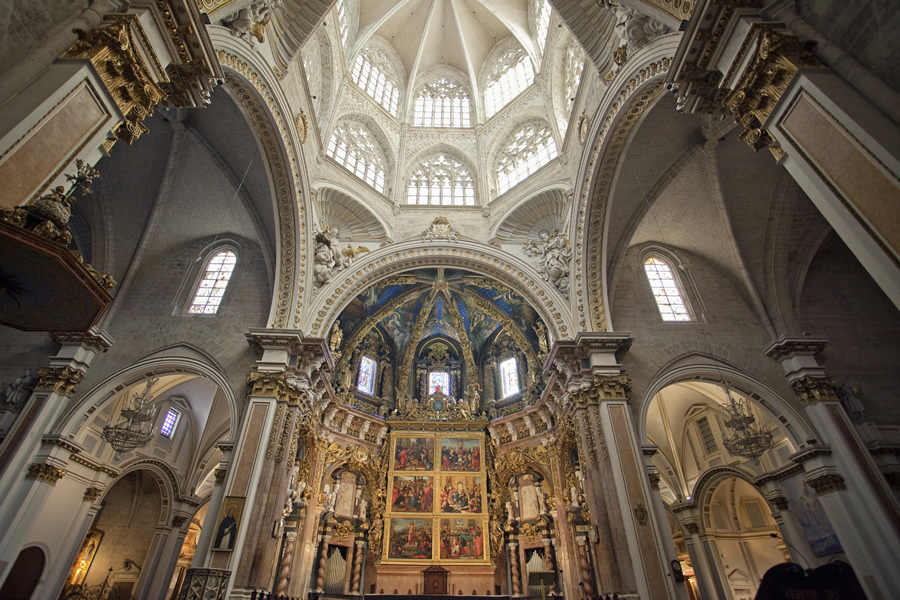 This Cathedral was consecrated in 1238 by Pere d’Albalat.

It was built upon the mosque. It contains different types of architecture : Gothic, Romanesque, Renaissance art, Baroque and Neoclassical elements. 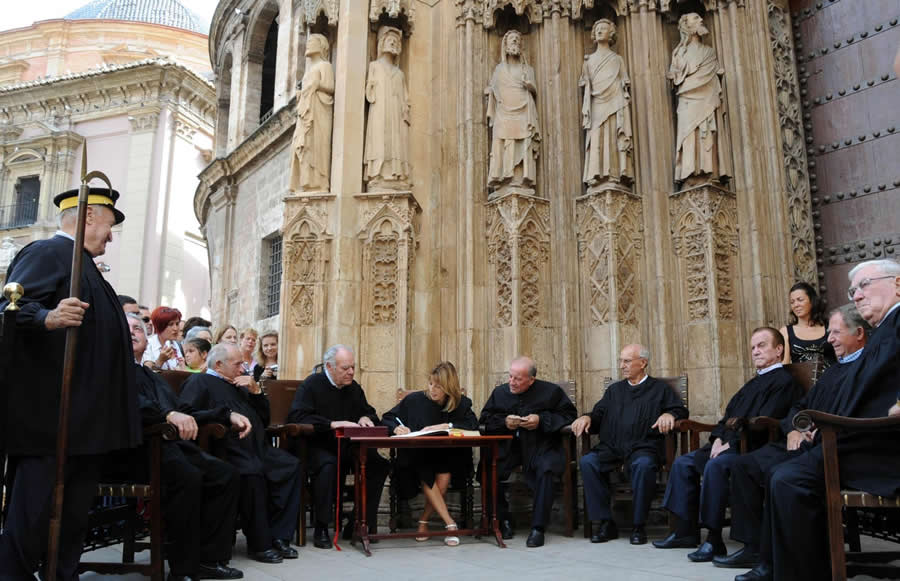 The Court of Waters of the fertile valley of Valencia is the oldest existing institution of justice in Europe. Although some legal institution that solved the water problems of the territories of Valencia would already exist from Roman times, the organization which we have inherited dates from times of the Al-Andalus and, very possibly, from times of the Califato (Caliph rulers) of Córdoba, perfected from the first moments of the conquest of the Kingdom of Valencia by the king Don Jaime.